​The Rarest Nickel of them All?

Ask any collector and the rarest of any U.S. nickels will always be answered by the Liberty Head 1913 nickel.  Usually accurate, this response is expected.  After all, there were only five pieces minted.  Unbelievable prices, numismatic history made every time one is sold, and the pedigree of each piece speaks volumes to any numismatist.

But there is ANOTHER nickel with a rarer mintage.  It does not command a higher price tage because it has never been sold on the open market!  These two coins were minted as proof only pieces in 1966.  You didn't know there were two 1966 Proof Jefferson nickels?  Welcome to modern history!

These pieces were given to sculptor Felix Schlagg by the Diroctor of the U.S.  Mint as a tribute to Schlagg's abilitiy and to commemorate the inclusion of his initials on the Jefferson Nickel.  (The first Jefferson nickels were made in 1938 and unlike most of the coins produced in the past they did not hve the initials of the man who made the original design.)

The Special Mint Sets were produced in 1965, 1966, and 1967.  These coins were for normal circulation and not struck as proof issues. The two Jefferson nickels were exceptions to mint policies and while SMS coins were minted slightly better than ordinary, they were no way proof quality.  The shadows around the two nickels are often underplayed and disputed.  When sold, the "rest of the story" can be told.  Until then, just know there is history yet to be made in the halls of numismatic history.  We look forward to discovering them someday!​ 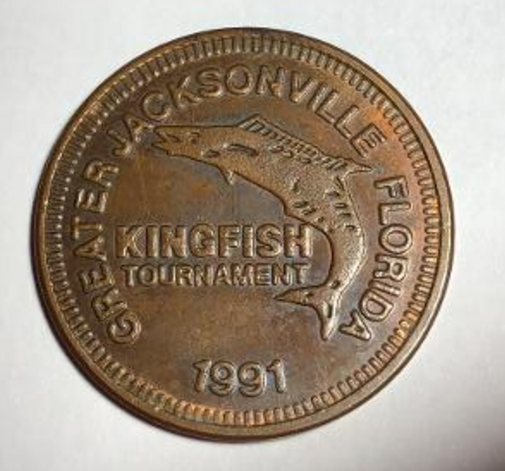 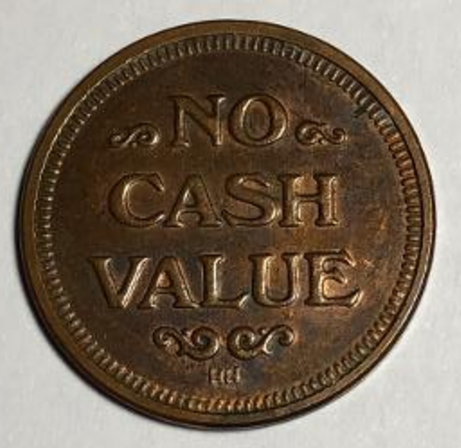 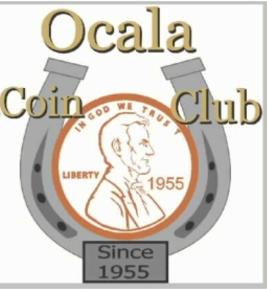 ​My obvious question after working for three hours was rather plain:  “What are you going to do with all the fish?”  The vehicles came and went, coolers appeared with Kingfish; coolers left with cut up fish.  Guys exchanged places.  Knives, axes, and machetes changed hands.  The harvesting continued.  One of the guys came over from the weighing stand and said anyone who wanted the fish could take a cooler or two home.  (Kingfish often weigh between 50-60 pounds and we had 1-2 per cooler.)

I asked for a phone and called our church camp, North Florida Christian Service Camp.  I offered the head cook some fish to feed the campers.  She was ecstatic to add fresh fish to the menu for the campers and staff!  As I picked up one of the coolers to place it in my trunk, I realized there were two more guys carrying coolers and having heard my phone call, they offered their additional catches.  I had three huge coolers packed with fish fillets and headed to our church camp at Keystone Heights.  The three coolers supplied the camp for not only a meal that week but piled a huge portion in the freezer which provided a meal each week for three additional weeks feeding over 500 people at our church camp fresh Kingfish that summer.

While I cannot claim that I fed 5,000 like Jesus, the adventure of those two days – yes, I went back to help the next day – of cleaning fish (out of the six-day contest)  of harvesting King mackerel from the tournament was a great memory!  I don’t know how often I heard of prayers of thanks from those who enjoyed the “Holy Mackerel” graciously provided to the camp!

Having learned the history of the Greater Jacksonville Kingfish Tournament (GJKT) the previous years (1980-1990) led to larger and larger participation.  More boats; more fisherman!  In the early spring of 1991, the leadership of the GJKT recognized the increasing growth and responsibility of their tournament.  They chose to organize and become a 501c.3 organization and could divide and give the harvested catch and the profits to other not-for-profit organizations.  Thus, our camp qualified for the fish.  The organization minted a token to commemorate their organizing and I was extremely happy to find their inaugural token!

Now you know my “fish tale” and can see my special token that brought back a great memory 28 years after the event.  And yes, the fish, whether baked, deep fried, or grilled,  was excellent!​.

​“A Token ‘Fish Tale’ by a Trout”
On a July morning in 1991, my Preacher friend from St. Augustine phoned me and pleaded for me to leave Jacksonville and come help him in his yard to clean some fish.  That was a rather unusual request from him as neither he nor I were avid fishermen!  But when asked, I did not say no; I went to his house in St. Augustine.

Upon arrival Bruce was not alone!  There were several pick-up trucks in his yard and a group of men working feverishly along three tables in his yard.  Bruce said, “Watch!” pulled a huge fish out of an oversized cooler, tossed it on a table and began hacking the head, tail and fins from the fish.  It was first time I ever saw a “Kingfish!”  King mackerel were not my usual catch in a lake or a pond.  A saltwater Kingfish was quite a hefty catch!

He handed me the machete, pulled out another 45-pound fish.  Following his example, I joined the crew in preparing the fish.  We hacked, gutted, filleted, and wrapped fish.  We placed the pieces on ice.  After a couple of hours, I was able to discern what was going on in his yard!  The St. Augustine marina was the host to a portion of the annual Kingfish Tournament that year.  Having started as a true competition in 1980, the event continued attracting professional and amateur fisherman from all over Florida and the east coast of the adjoining states.  Jacksonville was the usual location, but so many participated in the tournament through the years that multiple marinas were required to hold the crowd of boats and fishermen!

Webmaster and President of the

​And a collector of type coins, Jefferson nickels, small dollars, Souvenir cards, interesting currencies, F.U.N. tokens, wooden nickels, and a hodgepodge of most other numismatic collectibles!